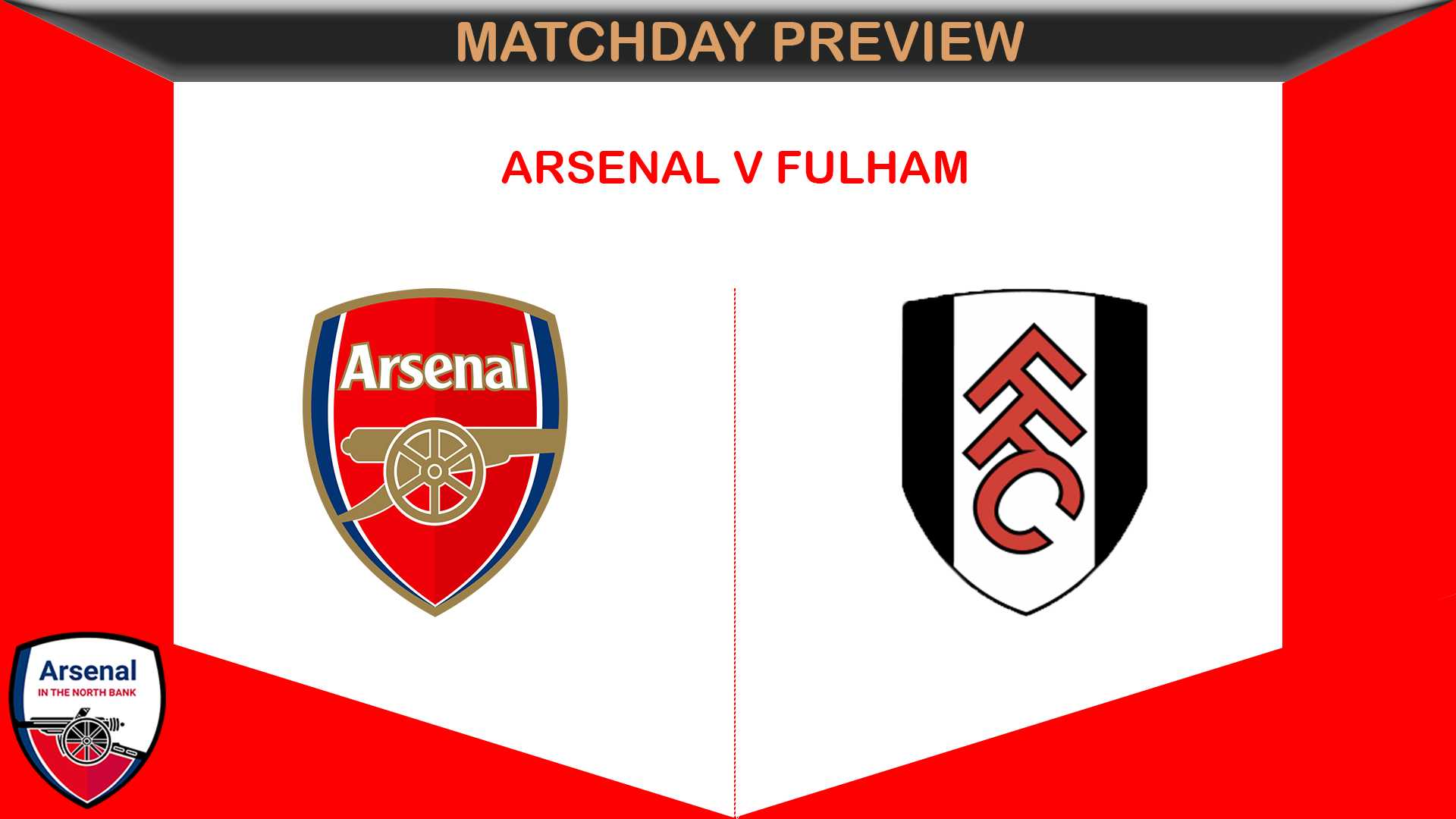 As August starts to fade away into its last few days and the transfer window drawing closer to being closed we enter our first double header week of the season.

Fulham come to The Emirates Stadium in decent form after their promotion to the Premier League. A decent 2-2 draw against Liverpool showed a dogged display despite giving up possession they still managed to test Liverpool.

An away draw (0-0) against Wolves also showed grit and had Mitrovic converted his second penalty in as many games they would have come away with the three points. Last week The Cottagers played Brentford and after going 2-0 up ended up being pegged back to 2-2 and before that equaliser a bad VAR call with offside ruled out a Toney goal. Mitrovic sealed the victory against the tide in the dying embers of the game to make it 3 goals in 3 games for him and give Fulham a precious 3-2 win and three points.

Today is a big challenge for Fulham and a game we should be winning with our aspirations and goals for the season. Our form has been very good with three wins from three beating Crystal Palace, Leicester City and Bournemouth. The dynamics of the team and an added bonus of having a fully fit squad bar Reiss Nelson. The added threat of Gabriel Jesus has helped knit many phases of play in advanced areas and the passion and the want to be involved in play even after a pass is infectious to the team and can only see the group going from strength to strength.

We have the potential to make it five straight wins by the time we travel to Old Trafford and whilst the questions remain about how we will do against tougher opponents we have to just beat what is in front of us and if we continue to beat those ‘lesser’ teams we will still be in a decent position. The squad has improved and it has evolved massively, Is it complete? No. But is it well on the way to be. Further additions will potentially come in before the end of the window or in January.

What we do know is by the time we shut down on 12th November for the World Cup we will have a very clear picture on how far we have come.

Today though we have to start with real hunger to get into the ball and when we lose it work very hard to gain it back high up. We have to guard against the threat of Mitrovic who will be a handful for The back line and we need to guard against the ball to the back post. We have done really well setting the tempo from the start in games so I expect that to continue and being at home in a London derby needs no prompting to do so.

This game also sees the return of Bernd Leno who left earlier in the window to push for a World Cup place with Germany in Qatar. We were fortunate to have had two excellent Goalkeepers both could play and be first choice but obviously only one could. Bernd was an excellent role model who always kept head down and never really was outspoken when he was out of the team.

He really needed the move and it was more that he just wanted to play and was unfair that we kept him at the club for a bit part, his salary was also a worry as a reserve goalkeeper shouldn’t really be on around £100,000 per week hence we have realigned this with the signing of Matt Turner. Whether he is the answer to step in if Ramsdale is injured who knows, if not then I see a move on loan next season and another goalkeeper incoming.

I can’t wait for the game to begin today. Inside the stadium will be electric and it is up to us fans to make it so. A big performance needed and I believe we will see it.

I do not believe we will change it up just yet, we do have a full squad available but bringing the players who have struggled for fitness back up to a level that is needed for their confidence as well. I feel a gentle approach with the likes of Tierney and Tomiyasu will be rewarding long term. Much of the same today. Levels are good, so is conditioning.