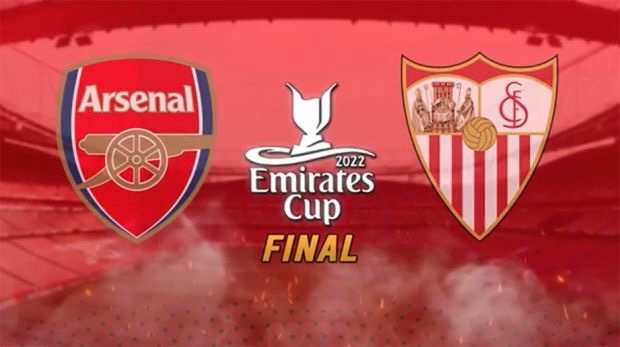 So the summer is in full flow and we are now in touching distance of the start of the Premier League season. It has been a solid transfer window for Arsenal and have seen us recruit well with Jesus, Viera, Zinchenko and Turner. These players will strengthen the playing squad further and certainly help to play to our strengths and do what Mikel Arteta wants them to do.

Today is going to be an emotionally charged day for all Arsenal fans as we remember the life of Jose Antonio Reyes who passed away on 1st June 2019 aged just 35. He started his career at Sevilla before making the transfer to Arsenal in the Invincibles season, sadly homesickness and probably resentment of the very rough treatment he received in matches where the opposition did everything and anything to stop him playing.

He moved to Real Madrid on loan and won La Liga, before the following year being sold to rivals Atletico Madrid where he won European honours before re-signing for Sevilla.

Arsenal and Sevilla come together to remember his life and there are things planned before the game and a minutes applause in the 9th minute of the game. I am rocking this great shirt today and have done numerous times as this guy burst onto the scene at The Arsenal.

What may have happened to his career should he have stayed at the club no one knows. I do know though that he was one hell of a player and only would have got better, stronger and happier in the process.

I liken him to Ronaldo in ways when he arrived at Man Utd and we all know how that ended up.

We also will pay massive tribute to an iconic member of the Arsenal family, Maria who died aged 82 followed Arsenal home and away and she has to take a little piece of credit for where I am as an Arsenal fan. I remember being a young boy inside Highbury and within the atmosphere hearing those famous words “Come on you Gunners” bellowed from the stands. A passionate supporter typified.

In the last couple of days the news broke of the passing of Terry Neill, our former manager who replaced Bertie Mee in 1976 and at only 34 years old. Signing Malcolm McDonald and Pat Jennings to go with Liam Brady and Frank Stapleton we saw our best performance since the double winning year 1971 where we reached three successive FA Cup finals in 1978,1979 and 1980. Arsenal lost two of those finals apart from the Alan Sunderland final against Man Utd in 1979.

In 1979 Terry Neill failed in an attempt to sign Maradona and also wanted to sign Glenn Hoddle. In 1980 he guided Arsenal to the final in the Cup Winners Cup after beating Juventus before being beaten by Valencia in the final.

The following season saw McDonald retire due to a Knee injury at 29 and departures of Brady and Stapleton saw our title chances dampen before we began.

That season though saw us finish 3rd which actually was a 10 year best finish. 1981-82 was not a success where we finished 5th and summer signing Lee Chapman flopped. He played 23 games and scored just 4 goals and was then sold.

Neill signed Charlie Nicholas in 1983 and was given an improved 3 year contract before he was sacked by Peter Hill-Wood. Terry Neill retired after the sacking at just 41. He owned two sports bars in London and sadly now he has passed.

Player manager at 28 for Hull, Debut for Arsenal when 17 and Manager at 34.