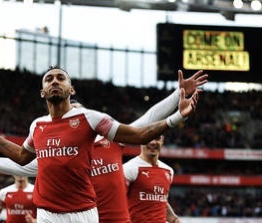 It’s here once again, The North London Derby. Happy Mother’s Day to all Gooner mums. This fixture is always special. You never know how it is going to go. We haven’t beaten Spurs since 2018 when Dier showed what an absolute fool he is.

That game ended 4-2, but we know anything can happen in these games and during our lockdown games despite losing both games 2-1 and 2-0 we had put in decent performances. The 2-1 game we saw Lacazette thump in the opener only to see Kolasinac and Luiz have a miscommunication on a pass allowing Son to run on goal and score, then conceding from a corner.

The 2-0 game was a different one we created more chances and had the possession but were caught by a sucker punch when Son was released and continued to run and scored a great goal, why we just backed off and backed off though is another story. The second goal was a killer right on half time when Partey left the field injured before a break away which left us in a 4v2 and Kane smashed the ball in.

Those goals conceded show where we need to improve. Firstly we need to get rid of the mistakes, we keep seeing these with the was we play out from the back. Communication is a big issue as well, misplaced passes, wrong decisions. We need a few players to really start talking during the game and take ownership for decisions in the game.

We have an opportunity to close the gap on the teams above us and a positive result today would certainly do that. We need to finish the season strong and if we can do that we will be in a very good place moving into what should now be a proper pre season.

I really want us to continue from Thursday with the really good energy the positional rotation in attacking situations. I think we can create chances today and so the key for us is how do we react in the transition when we lose the ball. There needs to be good protection for the defence and more intent to engage higher up the pitch and not back off.

We probably know how Mourinho will set them up. Happy to play on the counter and allow us to have the ball in front of them. But with our squad in good health, we have plenty of options. I just hope that the boys do this for the fans and get the result we all want.

The lineup is going to be interesting however I think Mikel Arteta now knows which players he can trust in his line up and who he can’t. Willian has started to show a desire to actually make a difference here in his last few performances. I have gone with Lacazette and Aubameyang to start today, although I am edging on the same line up as in Athens. We have more balance sadly with just one of them playing. When Aubameyang is put wide it isn’t natural for him so you lose some of what he provides as a striker.

Now this is written I will allow my nerves to settle and get ready for kick off.