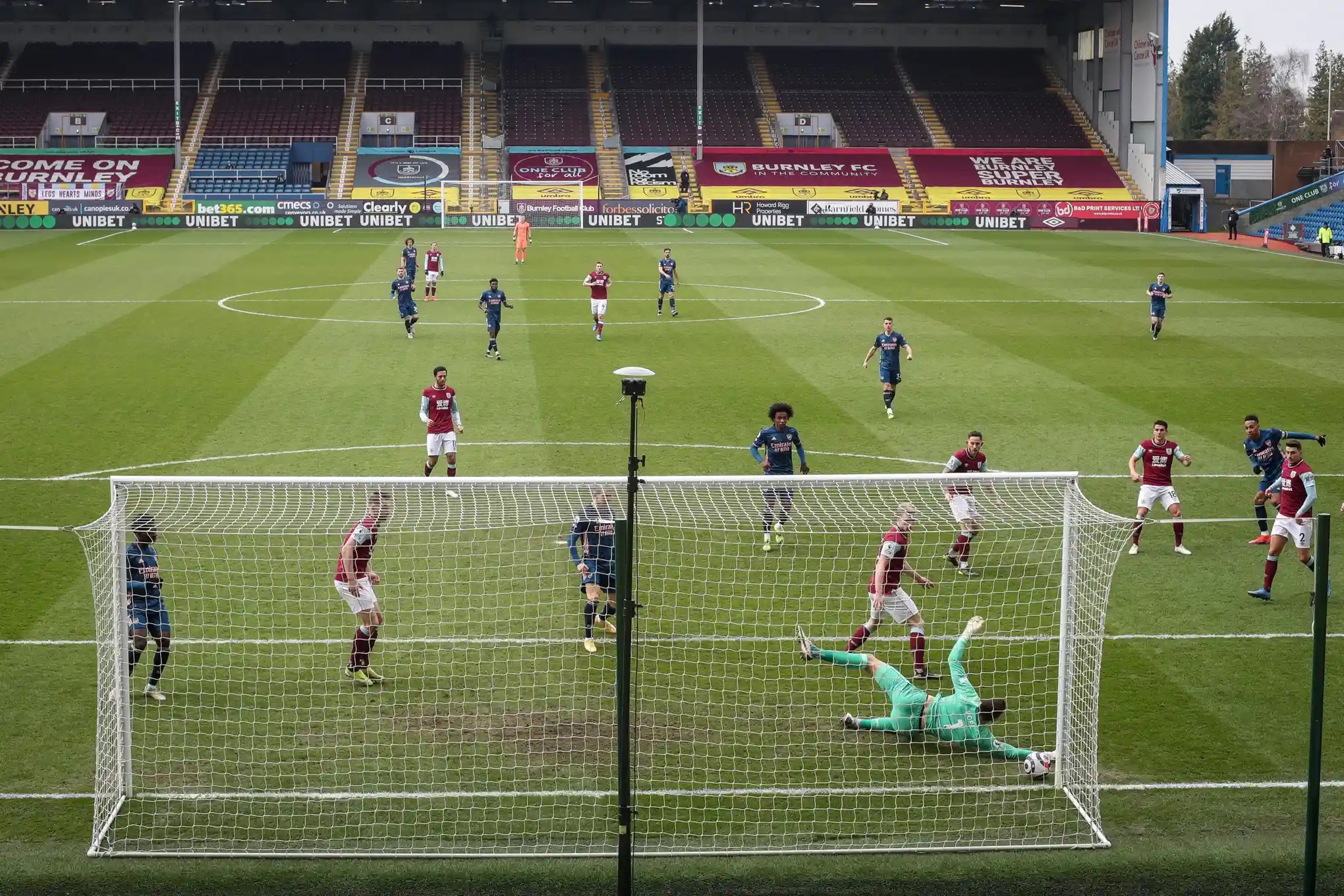 The day started with much optimism for the game, but also I had a feeling which was worrying me in that what kind of performance we would see.  As the team sheet was released I felt reassured that we would see another decent performance continuing our good run of form.

I expected further changes to the starting lineup especially as we are about to hit a very important week for the club.  Fast approaching is the first leg against Olympiakos on Thursday then the North London derby on Sunday.  Chuck in the return leg in the Europa League and another London derby again West Ham the following week, we know this is going to be a big challenge.

The game started with us taking control of possession and looking composed on the ball.  Signs were there indicating that Burnley can mix it up also by playing ball longs but from the moment Partey picked up the ball and played a pass forward to Willian who ran with the ball towards the area and passed it to Aubameyang on the edge of the area and with a couple of of step overs he cut inside to then fire in a shot to the near post which Pope got a hand to but there was too much on it for him to keep out.

A slip at the wrong time saw Aubameyang saw him strike a shot wide after Partey send a ball over the top. We then forged a great chance when Aubameyang and Saka linking up in the box with a clever one-two only for Saka to shoot wide of the goal, the finish was rushed and he went for a quick flick of the outside of his boot rather than placing it with the inside of the boot or just the laces. He probably was expecting a crunching recovery challenge when the ball became loose, but we should have been two goals to the good.

Another chance, this time for Partey who was found on the edge of the area by Odegaard but the strike went sailing over the bar.  As the half reached the latter stages Burnley’s press became visibly higher and on 39 minutes we gave away another Arsenal ‘gift’ goal when Burnley pressed well on the first phase forcing us back from Tierney to Mari who then passed to Leno. Xhaka retreating into the box in the middle to offer a pass from Leno was given the ball and with a first time pass on and available to free Chambers on the right he took a touch which then remove the angle for the pass and when attempted it was too late. The ball cannoned off Woods hip and bounced into the net with the keeper helpless.

I expected that Mikel Arteta would have fired the team up at half time obviously visibly angered by the equaliser and how it came about. However the goal gave Dyche a chance to rip into his players and turn the game into a battle and the second half showed it.

We struggled to get any flow to our game much to the way Burnley set up and how they defended and so the hour mark in the game was reached with very little happening. Arteta was readying his first change with Lacazette coming on for Odegaard.

As the game was going on you got the feeling that we had to step up the tempo and Saka having been booked already was getting involved in a few situations which could have given the referee a decision to make. On 69 minutes Willian came off for Pepe before Pieters clattered through the back of Lacazette, cue horrific screams and worries of a serious injury but the Frenchman got up and carried on.

Pepe looked bright and when in the box we saw drama when he knocked the ball up which hit Pieters arm but would have been harsh to be given. However as play continued Pepe knocked ball past Pieters who approached the ball with an arm outstretched which surely was handball with the current rules. VAR decided not to intervene so no penalty.

Leno was called into action twice in minutes, first tipping over a shot from Pieters and then Woods found himself one on one with the German who spread himself well to block with his leg. This marked the start of the action for the half and this time Tierney played a ball across the box for Pepe who mistimed his strike and kicked fresh air 8 yards out. That was a big chance into last 10 minutes of the game. Two minutes later Saka got free and sent a cross into the box and again it fell to Pepe who volleyed the ball goalwards the ball flew off Pieters (who else) on the goal line and up and over the bar. The referee was very keen to blow for a penalty and a red card for Pieters but VAR review showed it clearly was off his shoulder.

Into injury time and the ball breaks to Aubameyang who shoots on goal except a brave block by Mee. Another ball into the Burnley box and it eventually could its way to Ceballos who shot and it crashed off the post.

So a point earnt feels like two dropped with the amount of chances created. Disappointed in the end but the team carried on, it just didn’t go out way on the day.