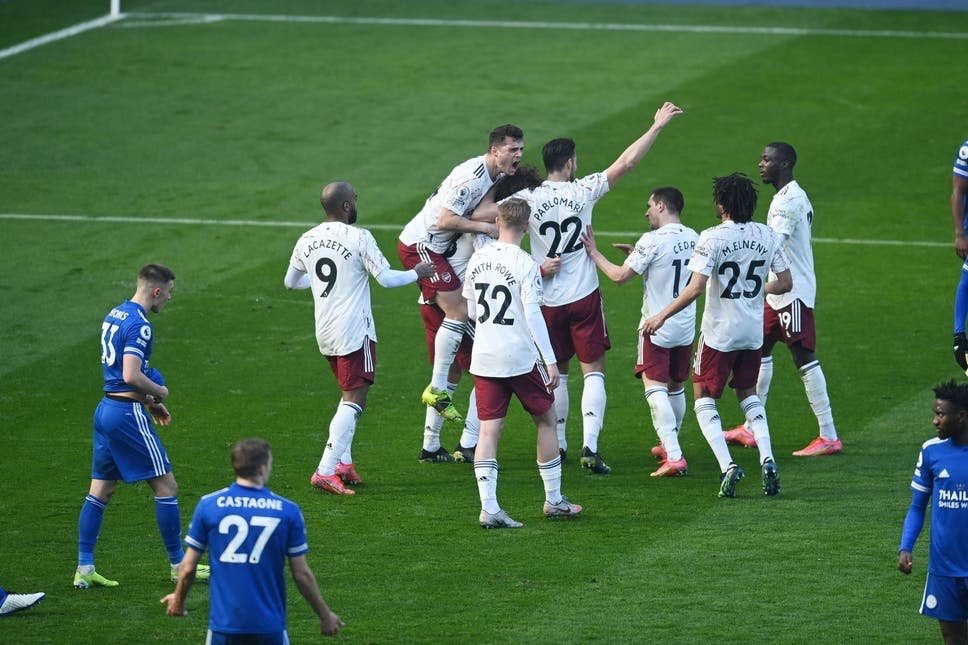 My nerves were jangling around before kick off wondering how we would perform in a tricky game against Leicester. Another loss would be inconceivable at this time and with the games coming up we need to maximise the points we take.

Burnley, Olympiakos, Spurs, West Ham and Liverpool await over the next month and so it is hugely important that players step up to the plate and take the reigns to guide the Club along with the youngsters through this tricky patch.

That’s exactly what they did yesterday. A lot of negative comments for the starting lineup was short sighted in my opinion. The likes of Saka and Aubameyang and others have played a lot of minutes recently. Saka has been leaned on heavily due to the high quality of his performances, but still needs to be guarded against burnout as he is still only 19.

So the team picked was more about spacing the game time amongst the squad we have. In came Mari, Cedric, Pepe, Willian, Lacazette and Elneny and some had to give more than what the have shown previously when called upon. After six minutes though there was the sense of here we go again. We had controlled the game until Xhaka and Willian tried to be a little too intricate in a two v two situation on the left touchline and were robbed of possession and Youri Tielemans picked up the ball and ran forward. With Tierney up field Mari should have stepped up and in to slow his progress down but kept going backwards with one eye on the run of Vardy. The Belgian struck a shot across goal into the far corner of the net.

That was far from convincing stuff at the start of a game that meant so much to us. We then settled into a groove and really started to take a hold of possession and worked numerous opportunities and with multiple fouls on Pepe wide around the penalty area we had knocked in a few free kicks and corners. Just before half time we won another free kick which Willian delivered into the box for a moving David Luiz stooping header into the net to equalise. This was then tempered just a few minutes later with an injury to Smith Rowe with Odegaard coming on.

The half and ended there and when Pepe had a shot blocked by a high Leicester arm in the area VAR stepped in and awarded a penalty. Up stepped Lacazette who coolly sent the keeper the wrong way taking us into the break 2-1 up.

Seven minutes into the second half our desire to win the ball back saw Xhaka bring ball forward to pass to Pepe whom continued the move into the box and finished the move. The game took on a more comfortable feel and we controlled the game well making sure that we took back three points. A job well done and the squad rotation vindicated.