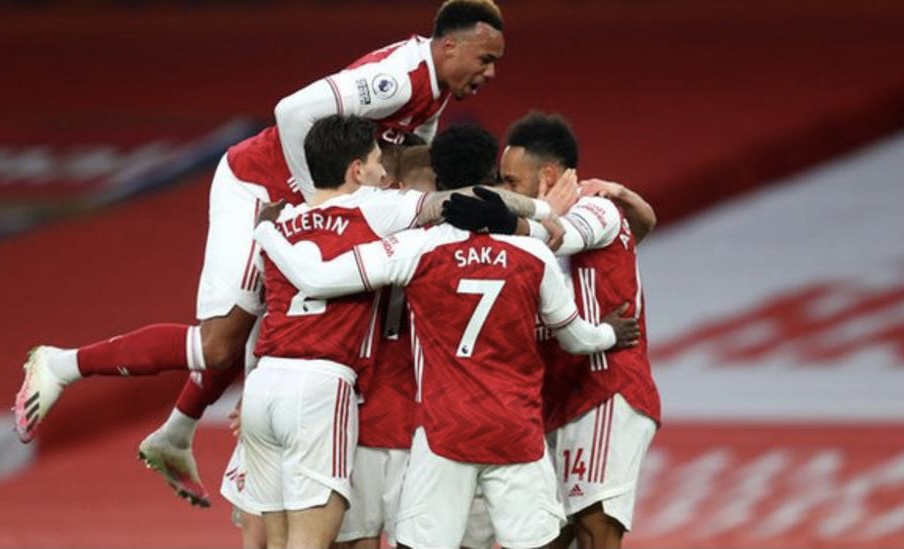 There has been many times when we as fans of this great club have called for a big performance in a match and we haven’t seen it.  Last sunday was one of those times we did see one. Yes we have just beaten a newly promoted team, not in the higher reaches of the league.  However we know that they are a team who never give up and carry on playing their expansive brand of football.

We needed to get back to winning ways and we know every point is going to be important to where we finish this season.  We see ourselves currently sitting 2 points off Spurs having played a game more but the table is a very weird one to predict or really work out what is happening as there are so many clubs with games in hand so whilst we look closer to the top 4, we are in fact a lot further away than we think.  The reality is that we need to go a big run again and if we can hit that level of consistancy we can potentially get close.

Getting back to the game Mikel Arteta named a bright looking starting line up with Odegaard coming in for his first premier league start.  Leno and Luiz came back in after suspension and Aubameyang returns to the starting lineup up front with Saka and Smith Rowe down the flanks.  We started the game well enough with good tempo but it was Leeds who had the first real opportunity when the dangerous Bamfords flicked header was covered by Leno with a standard save.

Up the other end though a nice move with Xhaka feeding the ball wide to Aubameyang who was weaving a run inside the area to fire a shot into the near post in between two advancing defenders, I expect the keeper thought he would have gone into the other side of the goal, but anyway he was caught flat footed and unable to cover the open near post of the goal.  That was just what we needed.

The game was exciting from the start and you could sense whenever Leeds broke quickly and through Raphinha they could cause trouble and they did on 26 minutes when the brazilian beat Cedric and then cut inside to feed Harrison who hit the squared ball straight at Leno. A couple of minutes later David Luiz picked up the ball and ran with the ball from the halfway line and managed to get into the box, after an exchange he got to the byline and pulled back a pass to Aubameyang who hit a shot first time. Unfortunately that was deflected by Ayling as he threw himself in front of the shot.

On 34 minutes further fuel to the fire was added to the VAR/ Poor decisions debate we have been witness to over many weeks. This time another direct run from Saka who was running at pace into the area, he tries to ghost past the oncoming defender who goes to lean of the youngster and the winger went down.  It was a clumsy challenge and with all other decisions we have seen in the league would have been given as a penalty.  It went to VAR and they reversed the decision after the referee watched the touchline monitor replay, much to the displeasure of Saka and Arteta.

Four minutes later there was no doubt.  A ball was passed back to the young Leeds keeper who dallied on the ball too long which game the pace of Saka a real chance who gets the ball.  In trying to win the ball back the goalkeepers challenge goes through the back of Saka and brings him down.  Aubameyang stepped up to take the penalty and he fired it in cooly sending the keeper the wrong way to make it 2-0 to the Arsenal.

Another Arsenal attack saw them pass around the edge of the box but managed to get some space. Bellerin managed to keep the ball in possession with a header from a cross to Odegaard who played it to Ceballos. He nutmegged a defender threading a pass into Bellerin, he turned on goal and fired a shot low into the near post again to beat the keeper to make it three just before half time.

The second-half started like the first with Arsenal fast out of the blocks with a promising Smith Rowe running into the box and providing a questionable shot come cross into the back post for Aubameyang to score to make the score 4-0.

For goes up should’ve meant Arsenal were safe But we know all about Leeds United this season. They never know when to give up and have already seen this  when they played Manchester United. Just before the hour mark Leeds won a corner and we went to sleep and a towering header at the near post gave Leeds a lifeline. 11 minutes later Leeds had another goal.

This time Bellerin was caught out by a pass behind which saw the ball cut back for Costa who finished it well. The last 20 minutes was uncomfortable to say the least although we did hold on to get the 3 points.

So a decent enough performance saw us collect 3 points and with a big week ahead with the return on the Europa League and the visit of Man City on Sunday. Come on Arsenal