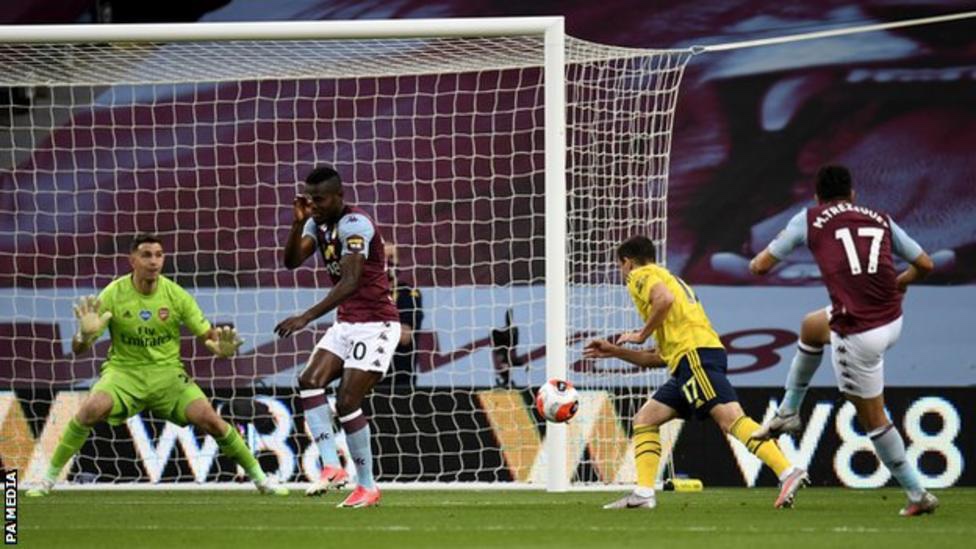 We begin the weekend schedule with a tricky away game at Villa Park. Mikel Arteta has some decision to make on how we line up for this game after the farcical events in the game against Wolves.

That game brought an end to our decent 7 game unbeaten run and saw us struggle through 25 minutes with 10 men and then the remaining 18 minutes with 9 after David Luiz then Berndt Leno was sent off for deliberate handling outside of his area.

The decisions were odd throughout the game with VAR being the talking point afterwards. We had a corner for Wolves given as a throw. Forgive me if I am wrong here, but that is a clear and obvious mistake. This type of decision is sorted within a few seconds but VAR chose to be as silent as our Stan.

The sending off at the end of stoppage time was also laughable. We all looked at it in real time, gulped and thought ugh-oh and down went the attacker and out came the red card. I actually felt sad for Luiz there as he hadn’t reverted to the silly decisions when getting sent off against City.

Reputation and form probably saw that quick decision but then if VAR are taking a look at it then how have they reached the conclusion to stuck by the red card and subsequent appeal also turned down.

But enough about that now we have another early kick off against Villa who will be fired up after the loss against West Ham. They have a full squad to choose from for the game. It looks highly likely that Mat Ryan is going to make his debut in goal for us. Leno and Luiz sit it out along with Tierney who is still injured but Pablo Mari is also fit again.

Here is how I think we will line up today.

Last seasons game at Villa Park was frustrating. Aston Villa were fighting for their Premier League survival. We started very well but without creating enough opportunities to get shots away that were meaningful. We failed to clear the first half corner which led to Trezeguet rifling the ball into the near post to lead . With all our possession counting for nothing. Aston Villa defended with their lives and so we were unable to really test the goalkeeper regularly. The closest we got was a flicked header from a Pepe corner that Nketiah nodded onto the post and into Pepe Reina’s hands. 

We have to start with great energy and movement on and around the ball today. Come on Arsenal.

One thought on “Match Preview – Aston Villa vs Arsenal”