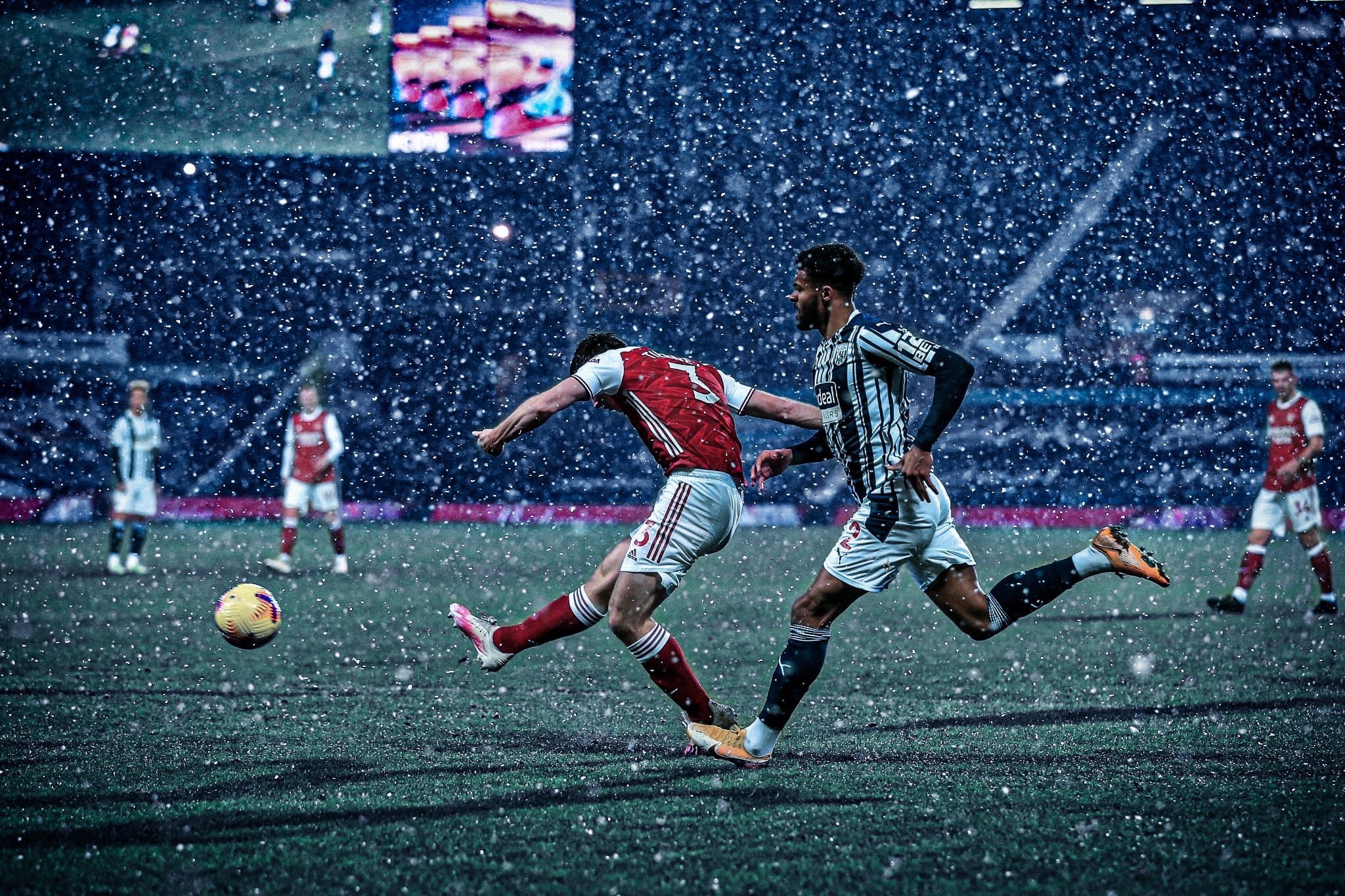 A potentially tricky trip to a chilly, snowy Hawthorns was in front of us on Saturday evening. It was our first game of 2021 and we didn’t disappoint.

Usually, as I said in my preview last week we would be in for a real tough, physical battle when we have come up against a Sam Allardyce team. We were probably lucky to have played them after 4 games rather than after a bit more time and a transfer window to strengthen his squad.

As the players were warming up you could see the weather rolling in with light snow turning to slightly the heavier white stuff. Towards kick off it was starting to settle.

Once again it was so pleasing to see Mikel Arteta select the same nucleus of players whom have overseen our change in fortunes. Arteta sticking with the same back five with Ceballos coming in for Elneny in midfield alongside Xhaka.

Martinelli made way for Aubameyang on the left, with Saka on the right and Lacazette through the centre. Emile Smith Rowe kept his place in the number 10 role after impressing recently.

In the early stages of the game it became clear that the team were on their game and that the tempo and balance of the team was there. Early chances were created from wide areas with Aubameyang breaking down the left wing, then whipping a cross into the box which Bellerin got on the end of and shot at the West Brom keeper. The keeper made a smart save keeping big and planted a strong leg to block the shot then Saka saw his effort on the rebound blocked.

The movement and chemistry growing between the players was more evident when Lacazette laid the ball off to Saka who ran at the West Brom defence into the box but released a tame shot at the keeper. Further chances for Tierney and then Aubameyang as Saka again attacked down the right before cutting inside onto his left foot and drove a low shot across goal to towards the bottom left corner, however the shot was just going wide and it evaded the sliding Aubameyang on the post.

West Brom then on the break forced Leno into his first save on 21 minutes when Phillip struck a half volley straight at the German. A couple of minutes later we were 1-0 up. Again our play wide was key as this time Tierney picked up the ball and flew past Furlong before cutting inside the defender to get onto his right foot. The Scotsman then unleashed a curling effort into the top right of the net. A great goal to mark his first for the club and to put a stamp on his impressive performances.

Five minutes later it was two. The second goal was a thing of beauty and would not have looked out of place in the Wenger era. It was a great team goal and involved Smith Rowe, Lacazette and Saka as they all linked up together to bamboozle the West Brom defence with Saka finishing the move. On 32 minutes Smith Rowe opened West Brom up again this time working the ball between Tierney and Lacazette before sending the Frenchman down the left inside channel, however his shot was deflected but the keeper managed to tip it over.

One further chance for Lacazette before half time, easily beating Ivanovic with plenty of space to release a shot on goal. Laca went for power and forced a save from the keeper.

West Brom came out for the second half as you would have expected after a few choice words from Big Sam in the dressing room. They started with more purpose and within two minutes a lofted pass into the left channel saw Pereira chase and then drill a low shot across goal which hit the post as bounced out into the box. Robinson hammered the ball into the net however the flag went up against Pereira.

Bellerin came off after 54 minutes after getting a knock so Maitland-Niles took his place. On 60 minutes Saka again was causing mayhem down the right before clipping a cross into the box. An attempted clearance saw the ball directed onto the post, Smith Rowe followed up with a shot which was blocked and the rebound fell to Lacazette who hit a low effort into the net to make the game outcome safe.

We threatened to add to the tally in the latter stages with Willian coming on for the brilliant Saka and Willock for Smith Rowe. A great performance from the team and has strengthened the belief and confidence.

Man of the match: Bukayo Saka

This result now makes it three wins on the bounce and with a break from league duties we have a FA Cup game against Newcastle at the weekend. It really was the best all round performance this season where not only were we solid defensively, we carried huge attacking threat and that showed with our shot stats creating 21 shooting opportunities with 12 on target.

So proud of the team watching the game. They deserve these performances and the plaudits that will naturally come. Keep believing and keep supporting the squad, whoever plays in Red and White.