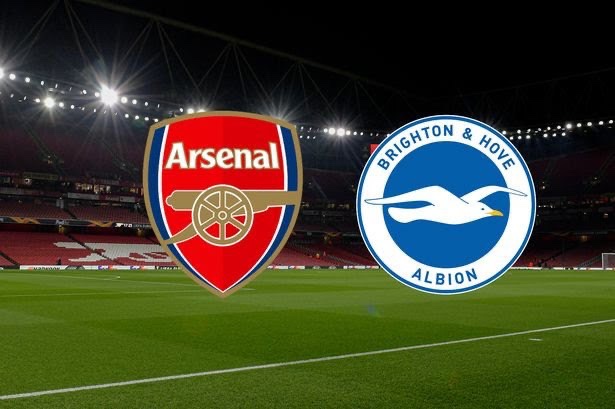 There hasn’t been a time where a win has been greeted with such relief and after Saturdays win against Chelsea there is a new found belief that things maybe on the up turn.

A 3-1 win at the Emirates saw us end a seven game winless run in the league and with the result we saw a performance from the team which we have rarely seen this season.

This result means nothing though if we can’t follow this up with wins in our next two games against Brighton and West Brom both away from home.

So onto today’s game we travel to a ground where we have struggled to get results, including the meltdown we had last season where we lost 2-1 conceding a last minute goal to lose after Leno had injured his knee and Guendouzi lost his cool after the game.

Brighton did the double over us last year so we have some payback to give them. They themselves are on a five game winless run. Their last win was against Aston Villa 2-1 which saw ex-Arsenal striker Danny Welbeck score his first goal for the club as he tries to forge the next path to his career.

Draws against Liverpool, Fulham, Sheffield Utd and West Ham and losses against Southampton and Leicester have seen them on this run of form.

I personally think that the back four against Chelsea will again start today. There maybe the small chance that Arteta looks to spring a surprise and includes Saliba baring in mind a tough and physical battle is expected at West Brom on Saturday. This current set of defenders need to be kept fresh as we won’t have Luiz playing along with Gabriel who has tested positive for COVID-19.

I reckon Mikel may look to bring in Maitland-Niles alongside Xhaka and Ceballos. Mainland-Niles is fresh after not being used on Saturday. The same with Ceballos and although none of the players which started against Chelsea should be changed, they have to. Smith-Rowe and Martinelli both will get some game time from the bench with Aubameyang, Laca and Pepe starting.

This does leave a strong bench to call upon, but whoever starts they now know what level of performance is required and can see the hunger in those younger players chomping at the bit to get game time.

Always positive, confident if we start well with a good tempo to our play we will win the game. Concentration is the key now. Get behind the team and the players and I am sure we will get the badly needed 3 points.