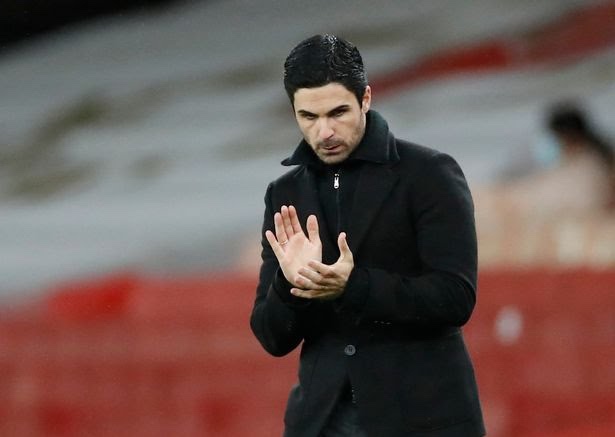 Yesterdays game could have been make or break for Mikel Arteta. Not only a London derby but hugely important with the current pressure on a young manager who is fighting to save his job.  Adding to the pressure on the Mikel was the fact that he had lost Gabriel, Luiz and Willian due to COVID isolation and illness.  With games coming thick and fast he had to put trust in some of the younger members of the squad.

It turned out to be an inspired decision to include Smith-Rowe along with Martinelli and Saka.  Adding to the selection he included Pablo Mari for his first start of the season.   I saw this as another damned if you do, damned if you don’t moment.  I have heard many people online say that he should be starting the kids over the more experienced players and they have said it all along.  However the other side to it is if  he played these youngsters and we lost you would be hearing about why has he chosen a weakened side.

He put huge trust in these players to perform and get the result badly needed. It proves also that these academy products can be counted on. I also saw the players playing for each other and with a tempo more suited to the club, it shows that players are still behind him.

It would be absolutely scandalous to sack a manager a year on from trusting him with a project which was known that it was not a quick fix.

Hopefully the result gives the team a massive boost going into the next few games. Get behind Arteta and the coaching staff along with the players.

Come on you Gunners.