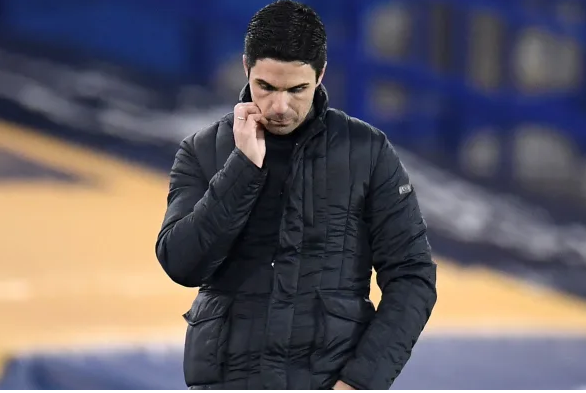 Evening to all Gooners out there.  It feels an absolute age since I posted anything and to be truthful it has been really hard to dedicate time for this role.  2020 has been a year to forget since COVID-19 and I feel this this uncertainty will rumble on into at least the first quarter of 2021.  I am back and will be posting regularly now.

After the latest disappointing showing against Man City it makes hard viewing for us fans.  Six defeats in the last eleven games have now seen us exit the EFL Cup and see us sitting in 15th place in the league.  It has been a very hard season already with games coming thick and fast in what is a very strange season with even faster turnaround times between games then usual.  Roll back to September at Craven Cottage we showed glimpses of what the team can do.

With no pre season we entered the season with 7 players out, 5 of those being central defenders, that on its own shows that we have a very unbalanced squad as we obviously have too many central defenders at the club. That said though, had we have shifted two or three of them in the close season we may well have been worse off with the injuries affecting the squad.  We have seen Tierney and Kolasinac drop into a back three through the season.

I have heard and read many crazy views on how and where the club go now and I find if hard to understand the thought process behind some of these views.

The Ozil situation doesn’t ring out like it is the managers decision.  I think it is more rooted to the financial aspect. I know if I was paying a player a vast amount of money it makes sense to utilise him.  Opposed to just leaving him out of the squad.  There has been some worrying things coming out from this season, and we haven’t got to the new year yet.  There is obviously a troublemaker in the squad who has leaked stories out to the press.  Think back to the training ground fights, and recently relegation release clauses into contracts.

We are in danger of going around in circles if we turn on a new manager inside his first full year.  Don’t forget this isn’t a normal first year either.  Mikel Arteta deserves time to get the players he wants and get the squad to the stage of how he wants them to play.  Lets focus on creating positivity amongst the fan base.

There are positives this year, we do have some promising young players coming through and they need to come into the team and play with confidence too.  There should be praise for Arteta for wanting to use these players more.  Yes they all may not be at the stage and level what other fans want so are therefore deemed not good enough, however we need to show them support as they grow older they will develop further.

Disappointed about tonight though, however I think we now have a more pushing focus on our hands this year, one that we haven’t experienced in my lifetime.  That is to get as many points on the board before we do get sucked into a dogfight.