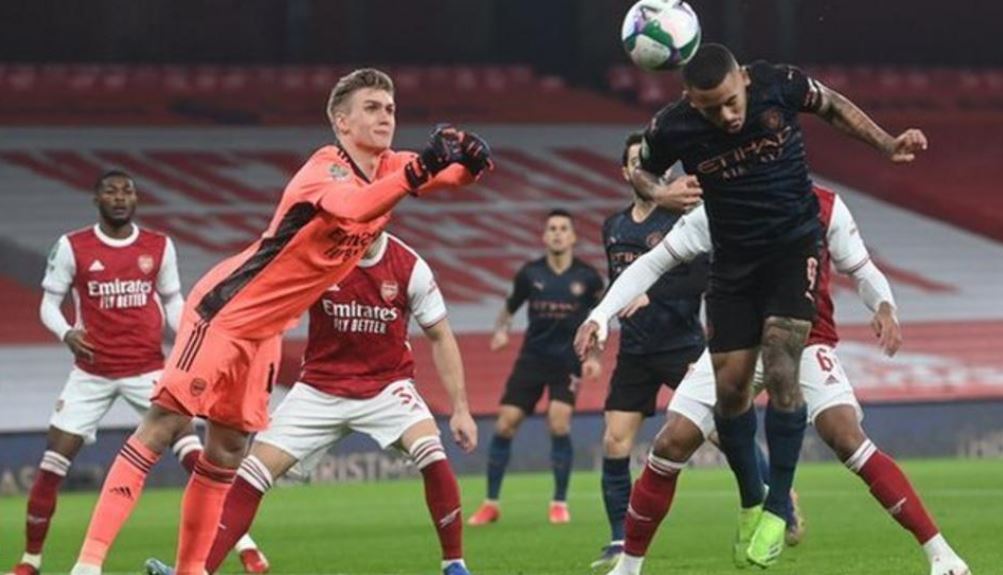 Waking up in the morning after a result like that last night is never easy, no matter what competition it is.  Add it to the current run of results we have had it doesn’t make good reading.  This time has allowed me to focus on the game and look for positives from the game.

A lot of talk about the goalkeeper selection, he made his debut against Dundalk and had performed fine.  He is a young keeper at 25 but he also needs game time and a chance to gain first team experience. as other reserve keepers have done in the past.  I haven’t a problem with this as when else is this keeper going to get game time if not trusted upon in a Carabao Cup game.

We have had a lot of games recently and so starting with Gabriel and Mustafi was probably right.  This gave Gabriel game time after the suspension and Mustafi is fresh due to not being first choice, Kolasinac completing the back three and used as Tierney is preferred as first choice.

The midfield of Maitland-Niles, Elneny, Ceballos, Willock and Soares was fine and shows what Arteta is up against and the best to choose upon.

Attacking it was great to see the energy of Martinelli partnering Lacazette.

The first half was a strange one, we do not look comfortable or balanced when we play a back three. This showed as City carved us open numerous times, add to that a laboured approach to win the ball back we allowed them lots of time on the ball and we were a goal down inside 3 minutes.  We then changed shape to more of a back four and it made a fairly quick difference as Martinelli showed the pace, forward thinking and a couple of very dangerous crosses, the second for Lacazette’s well controlled header to equalize.

Whilst we were second best for most of the half we went in all square.

Martinelli lasted 2 minutes of the half due to the goalkeeper tackle/clearance incident in the first half.  This meant that we lost a huge amount of energy when replacing with Pepe.  I am not one of being negative but he isn’t that thrust like dynamite player that will charge around for everything.  City again took control and a a free kick on the edge of the area gave City the lead through Mahrez.

Another breakaway and it was 3-1, with Foden dinking the ball over the oncoming Rúnarsson.  A header from Laporte completed a disappointing night for us.