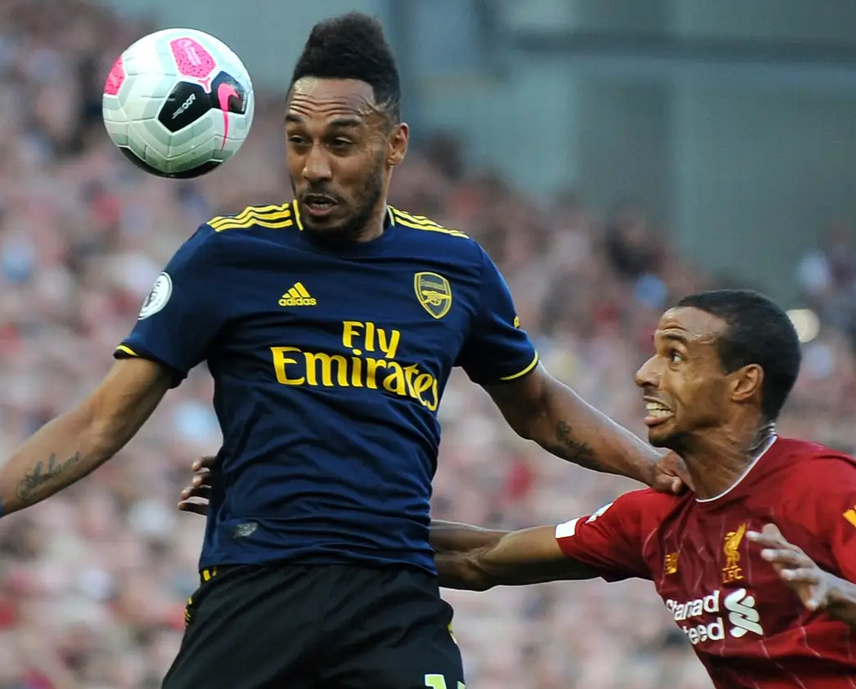 Unai Emery surprised quite a few people with his team selection ahead of the game at Anfield, a change in shape and responsibilities, but no change in our fortunes at Anfield.  The lads battled throughout the game which was good to see, although despite putting in our most committed performance at Anfield in years we were chasing shadows and struggling to contain the home side.

Although losing to Liverpool at Anfield isn’t a surprise considering how strong they seem to have become and I would put this team into the same mould as the 1980’s Liverpool sides.  Emery had a plan to try to try and limit the space in the middle of the pitch, when setting out the team in a diamond formation 4-3-1-2.  In ways you can see why he tried to do it, however in reality why would you trial a system that you haven’t used previously in a match and opposition of that quality.

We gave the wings up against the two most in form wing backs in England and possibly Europe and it was no surprise that they found so much joy to whip balls into the area.  A dangerous ploy against a very dangerous side.  I then thought the decision to drop Lacazette to the bench as a poor one also,  It meant that attacking wise we are unable to get enough players forward to support as most of the time the midfield were left ragged and deep. What was promising is that Joe Willock was also trusted to start in what would have been his biggest game of his young career.

Whilst in the first half we held our own, we gave up lots of chances for Liverpool as the width and lack of pressure in wide areas took its toll.  We got some joy on a direct counters to Pepe and a little later into the season I expect him to of had a couple of goals.

Disappointing to lose but we cannot be too disappointed overall.  We lost, and now some big games ahead.

Straight from the kick off you could see the intent of Liverpool with a very high press across the pitch with some very intricate passes and minimal time to work the ball out.  Both teams were flying out to press but as early as the 2nd minute Robertson came flying down the channel and fizzed a shot-cum-low pass to the back post that Firmino couldn’t get on the end of.  Every time we got the ball we had to work the ball quickly to try to beat the press,  the times Liverpool switched the ball to the other side also showed how they would start to break down a tactic that was working as the game was tight at 0-0, not so in the possession stats.

Pepe was giving van Dijk unknown stress levels, as he was constantly standing off from him not knowing what he would do.  They were our only real chances for a break away goal, however we were nearly gifted a goal by Adrian’s calamitous clearance outside his area which went straight into Aubameyang’s path, he controlled the ball and lofted the ball back towards goal but just past the post.

Another couple of shots for Pepe, one coming after Arsenal crowded out a Liverpool attack to counter themselves with a great powerful run by Willock. We did nearly fall apart in the 20th minute when we tried to play out from the back and with Liverpool’s press we struggled to get out, the ball moved out close to the touchline to Ceballos who must have seen some old footage of our oh so regular series ‘How to give a goal away’.  He saw a risky pass to Guendouzi just outside the area which didn’t reach him, instead the prowling Mane picked it up and then had a shot on goal.  Very lucky to still be level.

Wave after wave came the Liverpool attacks, and more so we seemed to start struggling to clear our lines instead gifting the ball back to the home side.  On 30 minutes came our best move working the ball out from our area, Willock nutmegging Trent-Arnold to gallop forward playing ball inside to Auba who kept the ball moving to Pepe who was facing Robertson 1 on 1, the defender gave him a lot of room with Pepe teasing a curled shot just past the post. 34 minutes saw Pepe running on goal but rather then trying to guide the ball home with his right foot he prodded it with his left straight at the keeper.

Approaching half time you sensed there was a need to get in at half time without conceding to get further instructions on what was so far a good display but another corner came in and with our defenders seemingly only concerned about Van Dijk, left Matip available to power a header in to finish the half in disappointing fashion.

In big matches there are big decisions, one was made by David Luiz early on, in fact 2 minutes into it.

Liverpool work another attack with a clever pass and link up between Firmino and Salah only for Luiz to grab his shirt to give the referee a decision to make, most games as there was little, minimal fuss made by the player it would have been play on as the attacker had the ball.  However not this game,  we contrived to give the game away ourselves , the penalty was dispatched confidently, an absolute belter of a penalty.

On 51 minute a sporadic attack and run by Pepe unleashed Aubameyang who though in a marginal offside position dallied on the ball enabling the covering defender to clear the ball.

Another goal and another error again with Luiz involved, he has no need to charge in to Salah with the ball, who skips past him to run into the area and slot a neat low shot into the far post.  Game over on the hour.

Man of the moment Caballos had a baptism of fire and looked off of the pace of the game, easy to understand why though.  He was replaced by Torreira, this moved Willock to a role supporting the strikers.  I love his energy and direct running, I am sure he will be a star for the club.  Mane came off for the Ox before a tricky run by Pepe saw him get crowded out and the ball cleared. On 80 minutes Lacazette came on for Willock.

Torreira picked up the ball in the area and a scrappy deflection into his path after an attempted shot fell kindly for him and he side footed the ball home.  On 85 Mkhitaryan came on for Guendouzi and we reverted to a shape with 3 up top.  Lacazette showed lots of effort but you do wonder how he felt being dropped for the start.

Our first defeat of the season, yes can say it was poor, however it was an improvement on recent visits, and who knows what would have happened would we have taken a chance or two in the first half.  Onwards and upwards.  NLD