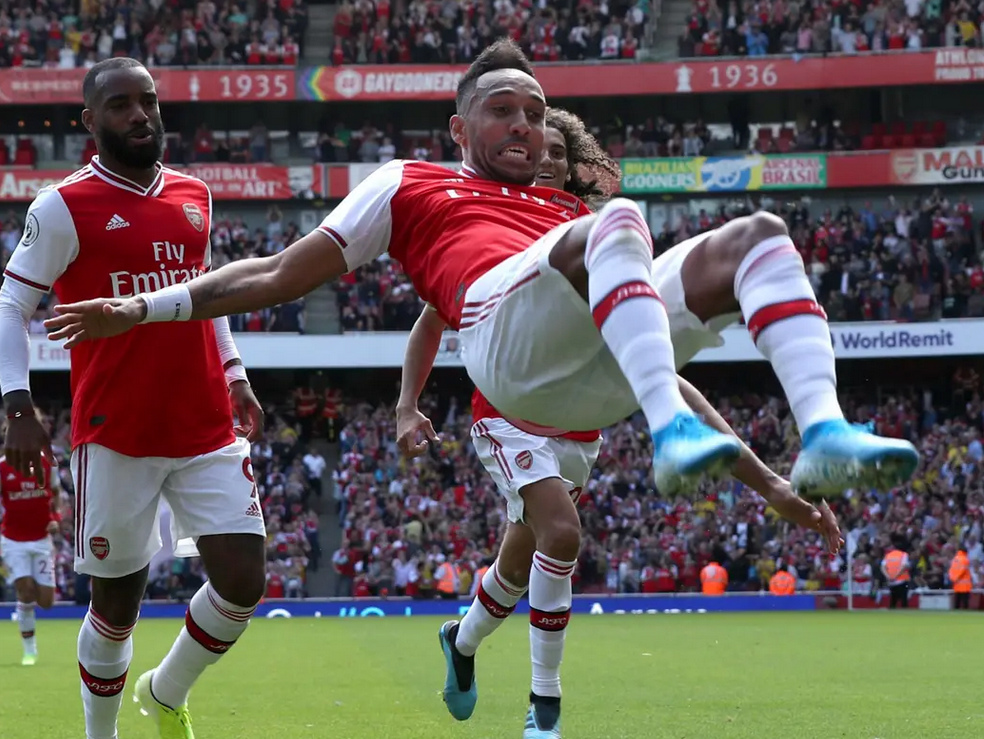 Later then I expected here is the match report for the game.  Memorable for me was the fact that when I got the alert that Lacazette scored to make it 1-0, I was driving in the Alps at 2000+ metres above coming back to good ‘ol blighty.

The first home game of the season was always going to be an important game due to the games that we are faced with in the next few weeks. I said in my preview that Arsenal had to match Burnley for desire and commitment and we certainly did that.  Debuts of Luiz and Ceballos were greeted to a buzzing stadium atmosphere and with our promising youngsters Willock and Nelson starting also there was a real sense of intrigue.  Goals from the imperious Lacazette and Aubameyang in between an Ashley Barnes equalizer proved enough for the 3 points.

Nacho man was captain for the game in Xhaka’s absence and Arsenal started the game with patience knocking the ball around.  It was clear to see when we did lose the ball the young players were snapping back at the players to win the ball back.  Burnleys game plan was clear from the outset.  Whenever they got a chance to ping it into the box from set pieces they would. A nervy zipped pass across the box 2-3 yards from goal from Luiz made a few fans gasp but actually we managed to work the ball out and attack resulting in a sweet attempt on goal from Ceballos who could not get the ball to bend enough.  A few other chances came and went with a succession of corners but Arsenal really pushing to get the opening goal.  Lacazette heading the ball on goal and it was pushed over for a corner.

On 13 minutes this spell of pressure and the corner following from the header culminated with the ball being in the area saw Lacazette being held and as the ball seemingly lost as he fell to the ground hook the ball home in a style suited to playground football. Great awareness to try the shot, it is great to see Lacazette with such confidence.

A Burnley corner was smartly saved by Leno at close range on 17 minute before a chance for Luiz saved by the keepers legs.

A searching ball down the right side to Wood saw him play ball inside to McNeil who cut further inside 25 yards out after getting past Ceballos.  I think he was looking at a shot but this was deflected into the patch of Barnes behind Luiz to put Burnley level and he missed a chance from a tight angle at the end of the half. Before that chance Nelson thought he had but Arsenal back in front but the goal was ruled out for offside by VAR as Monreal’s foot was offside. A disappointing end to a half which Arsenal had controlled well.

Emery made a change at half time bringing on Pepe for Nelson. He showed some fantastic signs including a lovely pass into Aubameyang who shot on goal was saved by the keeper and cleared away. The impressive Ceballos had another great shot saved by the keeper, this time it was bending into the far corner.

On 63 minutes again after losing the ball we fought to win the ball back with Aubameyang winning the ball and then running forward and cutting inside to shoot into the goal at the near post to put Arsenal back in front.  Lacazette came off on 71 minutes to a great cheer for Kolasinac. and the man of the match Ceballos came off for Torreira.

All in all a solid enough game to start with,  Some really promising performances and a perfect tonic before two massive games at Liverpool and the NLD.