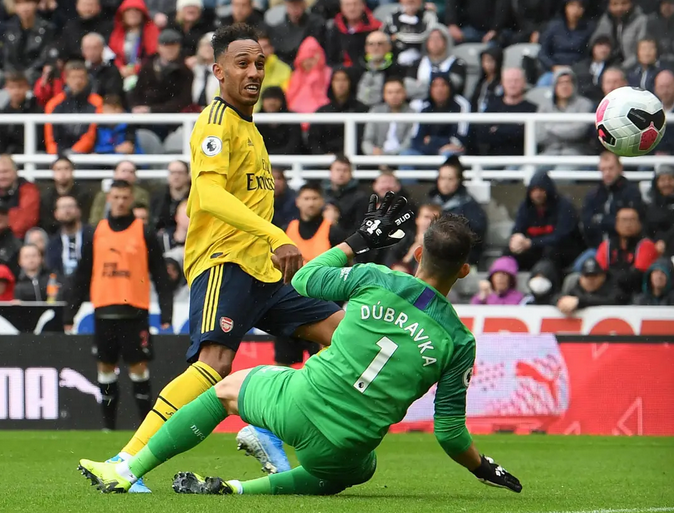 So the first game of a crunch season for Arsenal ended with a 1-0 away win.  A clean sheet, debuts to almost all of our new signings and two youngsters earning their place in the starting lineup. Not a polished performance by any stretch of the imagination but the result is all that matters here.

It was pleasing to see Reiss Nelson and Joe Willock getting starting places, due to their promising performances in pre season.  How many more they get will be interesting to see through the season. I was impressed with the directness of both players during the game.

Another conundrum we all were trying to solve was who was going to come into defence. Also who would lead us out as captain.  Unai Emery selected Granit Xhaka as captain.  In defence he selected Callum Chambers and Sokratis flacked by the Nacho Man (Monreal) and Maitland-Niles.

The game started with great energy and desire as there were challenges for both sides.  Newcastle setting up with looking to crowd out Arsenal so patience looked to be the key for Arsenal.  Both teams were dispossessing each other but in the first 15 minutes there was visible signs that the team had been instructed to get forward with pace. The forward running of Willock and Nelson once the transition of play occured was clear.

In the midst of some nice passing there were some poor passes in areas we should not be giving up possession.  Newcastle started to crank up a bit of pressure on the Arsenal goal and Jon Joe Shelvey almost found the net. Mkhitaryan then fluffed a chance when the ball came to him inside the box but he skied his effort over the bar.

The second half started with more of the same from the first half with a real lack of cutting edge.

In the 58th minute Ainsley Maitland-Niles ghosted in front of the opposition to win the ball wide and motor forward and with his head up he played a fantastic ball over the defenders into the path of Aubameyang who with a deft first touch and a lovely finish scored to put Arsenal ahead.

Introductions to new boys Ceballos, Pepe and Martinelli for Willock, Nelson and Mkhitaryan respectively added to a really important win and a rare clean sheet.