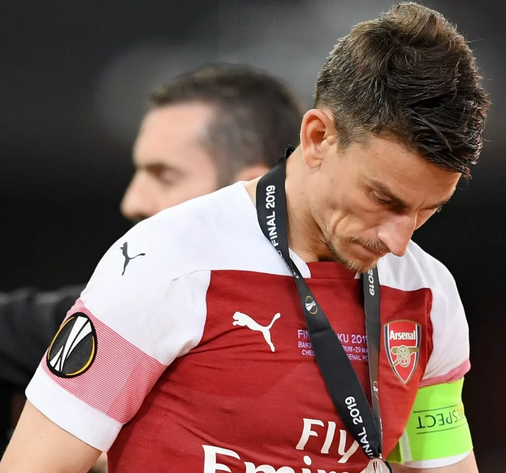 Laurent Koscielny left the club under crazy circumstances, a total opposite to Jenko. Being club captain as well as being at the club for 9 years should surely trigger something in the mind to make sure that you leave the club that has paid handsome wages to you for almost a decade.

For a player to not show for a pre season tour is unacceptable and for that player to do it as captain of the club there was no coming back and all bridges burned with the club. Yes we do not know 100% about the facts that got us to where we were this summer which caused him to do what he did but still there is lots of different views and opinions on it.

My take is that for long periods in recent years we have been very dependant on Koscielny to his detriment in my opinion. It was widely known that he had been playing with an achillies condition for a while before it actually snapped and ruled him out for 9 months and ending his hopes of a final world cup place, a winning place to add.

The fact that he was the one defender who was putting in effort, week in and week out showed that we could not do without him. Even now when we look at the situation if he stayed. Where are the reinforcements in defence, someone who will help take the burden off of him. A player at 33 having a ruptured achilles is not going to come back the same player no matter what. So where was the thinking outside of the box and identifying someone to come in.

I really liked him as a defender, unfortunately the way our defences have been set out during his time here he was always going to be left exposed playing with the fodder put in around him.

It was wrong though what was played out in public at the end. I feel that the main reason he wanted to move was the fact that he could not perform at the levels required in the Premier League and moving to France would be seen as a step down to allow for him to continue playing after such an injury.

If this was played out in public he would have got the sympathy for the Arsenal faithful and left gracefully. Instead he has lost his status and respect at the club. The important goals all forgotten. It is a shame that we add him to the list of players that left Arsenal Football Club as a Zero and no longer a Hero.