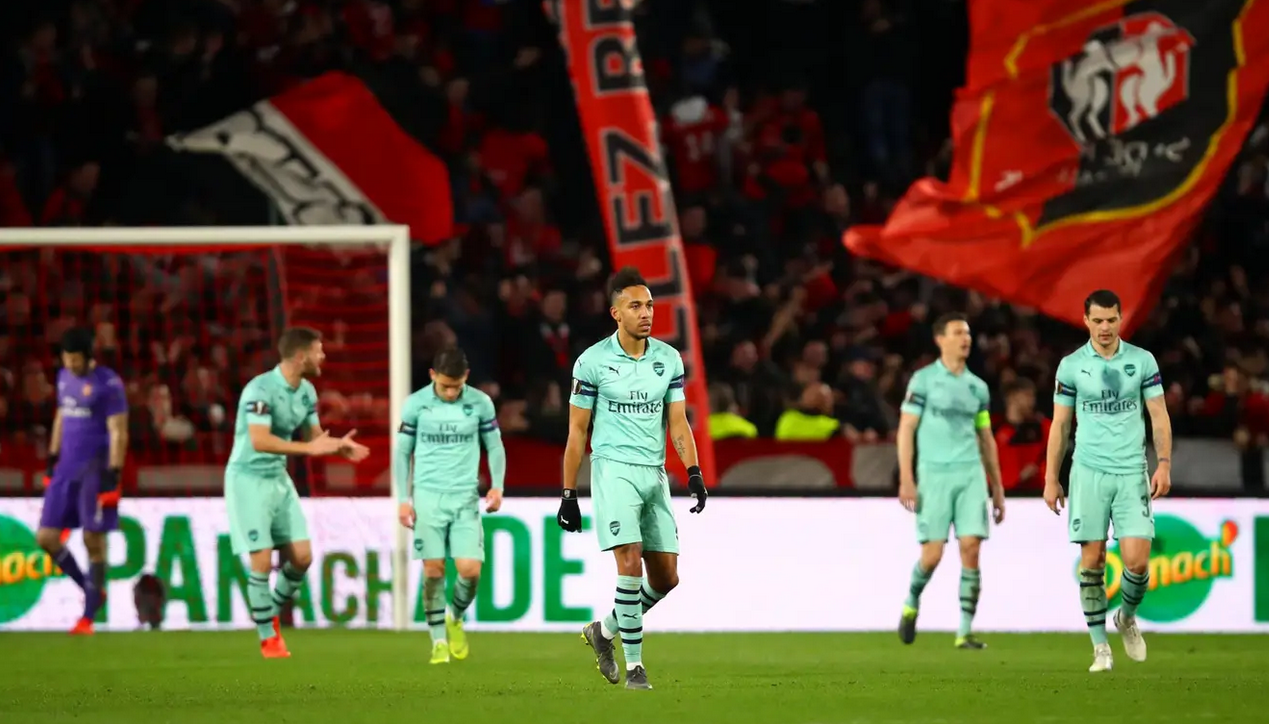 After the shambles of a week ago we look to reverse the outcome of the game to progress into the Quarter Finals.  Whilst we know we can and should be beating this team, they showed last week that they are no bad team, we just never had an answer to their tactics when down to 10 men.  The referee was weak at times and allowed the vocal crowd to influence him and every contact they would look to go to ground around the box.  No surprise there considering that they are decent with set pieces.

We go into the game with a 3-1 deficit meaning that we need to win 2-0 or better the score from last week to progress.  It is massively important that we take the game to Rennes and put them under the pressure we stated to exert at the start of the last game.  We have to be ready for a battle and look to take chances quickly and get in front early.  The first goal is crucial in this game, we get it we are in control, they get it and we straight away need 3 goals at the very least.

There was welcome news from UEFA regarding Lacazette now being able to play in the game after reducing his ban.  Sokratis now completes his 1 game suspension after the costly red card last week. Mkhitaryan looks to be out with his back injury.

We need a massive effort from the fans inside the ground to become the 12th man and cheer the team on and push them over the line.

COME ON YOU GUNNERS