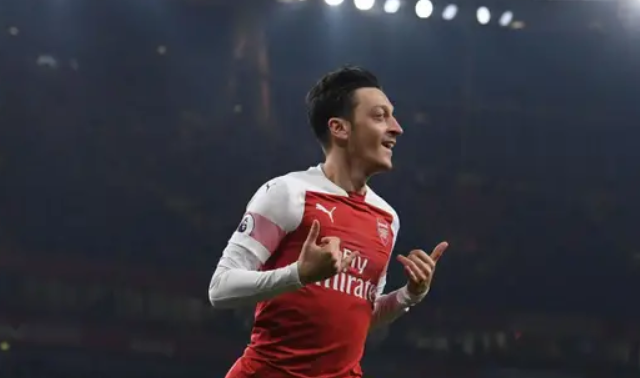 A solid, convincing and determined performance made it 6 points in 3 days and closed the gap further on Spurs who lost at Chelsea tonight.  This kind of performance should give us belief and confidence to push on from what has been a difficult start to the year.  Two big games next up, the NLD on saturday and Man Utd the following week. But certainly if we play like this we will be causing a lot of teams problems.

A very unseasonal day laid the platform for a good all round performance.  In the preview I wanted us to start being more clinical with our finishing and after scoring what we did I was fairly happy with that.

Unai Emery made a host of changes for this game rotating to keep players fit and ready and a breather for others. Ozil came in for this game and we have deserved to see him more this season but it is the managers choice to play him or not. I do not expect him to start the next match though. Jenko came in at right back which I called in the predicted line up, I feel he is quite underrated and isn’t given the credit he sometimes deserves. The game kicked off with a high tempo feel and it wasn’t long before Arsenal made there dominance count and after 4 minutes Ozil had come up with a smart finish to play his shot into the ground to lift it up above the arm of the oncoming keeper.

Arsenal probed and searched for more goals and with Aubameyang and Mkhitaryan looking busy playing against a very open team and on 26 minutes Ozil was now the creator setting up Mkhitaryan for a nice tidy finish.

The two goal lead was short lived as Guendouzi was caught on the ball on the edge of the area and Mousset was left with a simple tap in. There was no call to warn of pressure on him so a warning sign to Arsenal. Josh King then tried to win a penalty against Koscielny but I think the referee got that right and King was booked for simulation as he was going down before any contact was made. More pressure on the Bournemouth goal into the last 5 minutes of the half saw Arsenal go into the break at 2-1.

The second half started like the first with another quick attack after a corner routine worked in and around the box Mkhitaryan providing a cut back cross for Koscielny to knock in via a deflection and despite the efforts to claw the ball out of the net.

Arsenal pushed for more but nearly had another shot in the foot when Goslings shot from 25 yards flick off of Monreal and looped up over the out stretched arm of Leno only to hit the bar. The impressive Kolasinac came off for Iwobi on 57 minutes.

Two minutes Mkhitaryan provided a sublime through pass into the massive hole between the defenders where Aubameyang was running to round the keeper to slot home the 4th goal. Mkhitaryan, arguably the man of the match came off for Lacazette and Aubameyang came off for Suarez. Arsenal we still constantly threatening to score more.

A foul on the edge of the area gave us a chance on goal and Lacazette wanted the chance to take it, and so glad he did, it was a lovely free kick going up and down over the wall into the bottom corner of the net to finish the game comfortably. A perfect build up for Tottenham on saturday.